skip to main | skip to sidebar

A Little Recognition For the Bearport Books

A profile on my work with Bearport Publishing on Wash-U's website.

Happy Birthday To Me

I finally freaking did it and ran my first marathon as part of my birthday run/bike etc. As usual, it was hot as blazes so I had to start at 5:00am. Highlights include:

1. The sun coming up while running past Clydesdale Park on Grant's Trail, quickly followed by four utterly forgettable miles of running through South County on Union/Morganford

2. Running along Broadway, having a low moment and then turning a corner and seeing the Arch.

3. Handing over sweat soaked dollar bills to gas station attendants in exchange for water and Red Bull. I told them to keep the change each time, but I doubt that 47 cents is ever enough to make up for currency covered in back sweat.

4. Running by Imbev: I love the smell of beer brewing, EXCEPT at 7:30 in the morning after two and a half hours of running.

5. Getting to the Arch, walking down the steps, walking UP the steps, getting off the phone with Laura and saying to myself, "only 7 more miles to go"

6. Finally getting to a place where I felt the pain that everyone talks about, making peace with it, deciding to start pushing IN to the pain then suddenly having my left calf cramp up so bad I had to walk/run the rest of the way.

7. Laura driving up to meet me during the last two miles while I was forced to walk because of my calf and me telling her that I couldn't stop to talk.

8. Final mile and a half, Prince's "Seven" coming on in my iPod and suddenly feeling good about the world.

9. Running the last bit up Brookings Drive, seeing Laura and Freddy playing on the grass, getting a huge boost and then having my left calf completely seize up with fifty yards to go to the stairs.

10. My calf finally letting up and me bounding up the stairs while I made loud "hoaaa, hoooaaa" noises at the top of my lungs

I feel emboldened to do another one. I'm sore today, but not debilitated. I wish that I'd done more long runs, that it was less hot and that I had had several thousand people cheering me on instead of one guy giving me a honk and a fist pump at mile 17. I have no knee or ankle pain and can't complain about a thing.

Thanks to:
Laura and Freddy
Friends and family
Prince and the Revolution

Now, if you will all excuse me, I have to go and eat the contents of my kitchen.
Posted by Frank Robbins, LEED AP at 9:57 AM 3 comments:

Newest article on Jetson Green about a manufactured home in Georgia that's getting LEED Platinum with all off the shelf technology. Check It Out and order your own today!
Posted by Frank Robbins, LEED AP at 9:54 AM

One Of Those Guys Who Runs In The Morning

Before Freddy had been born, I vowed to avoid getting Dad-Fat, the general puffyness associated with being a dad. Lucky for me the stress of work/finding work, school, fixing/selling home, moving of the last year has actually taken about ten pounds off of me and a good amount of the hair on my head. Having a second vehicle has made me complacent about biking everywhere and there just hasn't been the time to go to a gym.

And so I've started waking up at 6:00 and going for a run. I put the clothes by the bed, the iPod by the door and I usually wake up by the time I'm a quarter mile in (I shit you not I yawned while passing City Hall). The new neighborhood I live in, Glendale Missouri is a picturesque and I see as many as a dozen other runners, mostly older, mid-career professionals by the looks of them. This is only my fifth morning running, but I'm already feeling the same silly competition as when I would bike over the Williamsburg Bridge in the morning.

I'm not too sure what I'll do for my 31st birthday. I'd kind of like to crush my 1/2 marathon time again. If I train regularly, I can do it. I feel so damned good the rest of the day that I probably will.
Posted by Frank Robbins, LEED AP at 2:37 PM

Finally, An American Made Diesel Hybrid THAT I CAN'T DRIVE! 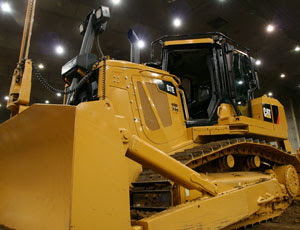 Caterpillar just came out with the pricing for their new hybrid diesel bulldozer. Apparently, the thing costs 20% more ($600K vs. $500K) and has a fuel payback of less than three years. This seems like a kind of a game changer when you think about how many of these enormous vehicles there are out there, their service life and how much diesel exhaust they belch into the air.

I just hope they have a mineraturized toy version of it by the time Freddy is really into earth moving equipment.
Posted by Frank Robbins, LEED AP at 1:22 PM

Cyborg: In Which I Pull Metal From My Leg 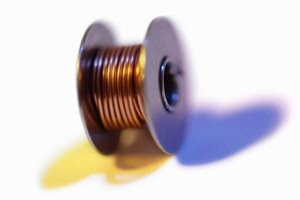 I remember hearing a story on NPR about a young, American raised Afghan who was traveling back to Afghanistan to visit his family. One morning, his uncle asked him for some help removing a piece of soviet era shrapnel that had begun to work its way out of his forehead.

This morning, as my son looked on and at times played with cabinet doors, I removed some sort of surgical wire that had been left in my ankle 11 years ago after I broke the ever-loving hell out of it. It was amazing.

Those who have known me for a while also know that for years I kept the surgical plate that held my tibia together for a summer on my keychain. It's still hanging on a hook in my basement. What came out this morning looked like nothing more than a small curly piece of boar bristle. No souvenir, but a fun reminder that I am still part machine.
Posted by Frank Robbins, LEED AP at 10:06 AM

So the triple whammy of awfulness that was sicked on Freddy over the weekend was diagnosed as Coxsacki virus, or hand foot and mouth disease. On Sunday night he started breaking out in a rash, so we took him to the ER and he was diagnosed and sent home with some meds. The next day, Laura came down ill as well and while her fever is down, she's still completely wiped. My parents came in and helped us a whole lot. I've been completely free of it/possibly asymtomatic, but it's made me paranoid that I'm about to come down with something.

Through all of this my summer school class has begun, which is Fundamentals of Project Management taught by Dr. Jim Blair. His background is in tech, so he focuses on broader, psychological aspects of project management. Interesting so far.

Over the last few days, Freddy has gone from having an ear infection to having a virus and wicked diaper rash and teething all at once. He really liked the taste of his grape flavored anti-biotic but since he had a fever, we poisoned the well by feeding him Pedialyte through the same dropper the tasty medicine came in.

I've been working through most of this, so I haven't had anywhere near the responsibility that Laura has, so whatever misery there is, I take my licks. It was only when my brother complained about our cat puking while at his house that I realized that I have been vomited on twice in the past 16 hours (the first one was a real doozey, volume, distance, smelled like formula and grape Pedialyte).

My morning ritual with him this morning had him crying through every activity he usually likes, then crawling back into Laura's arms, the only place he's wanted to be since this started and sleeping for what has now been more than an hour.

Next weekend, Laura will be heading out to California and I will be with him for the weekend. Here's hoping he's well by then.

Stuff I Read All The Time